People often search for attributes of certain NPCs for different reasons. This guide aims to provide details on how to find background data of NPCs. The images take example of Rumarin from the mod Interesting NPCs.

Please read this article to understand more about the first two digits of Base IDs and Ref IDs.

It is easy to find Base ID, but for the Ref ID, the player must first find the NPC in-game. For all the other attributes, the mod NPC Info Spell by rbw23 can be helpfull, which again needs the NPC to be present nearby. 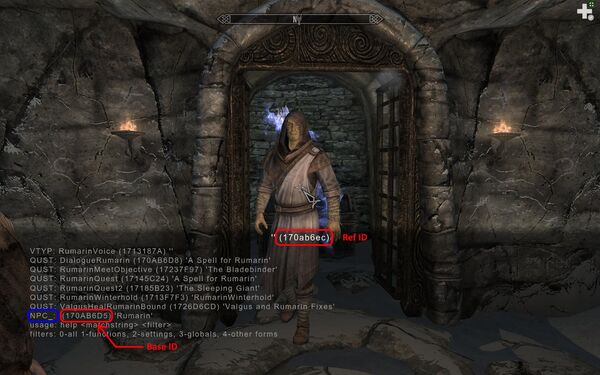 Base ID and Ref ID of Rumarin. (Click image to enlarge) 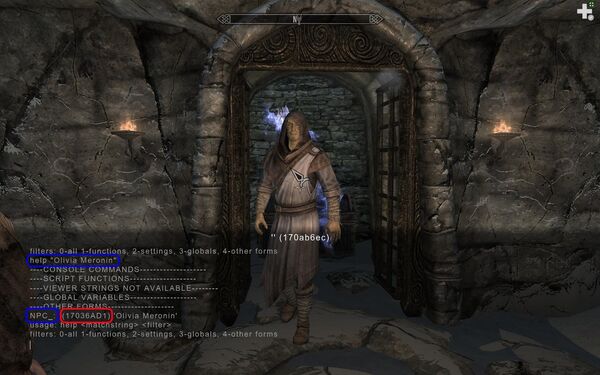 Base ID of Olivia Meronin . (Click image to enlarge)

NPC Info Spell adds a spell to the game, which when used on an NPC, displays all the attributes such as, race, level, skills etc of that NPC. 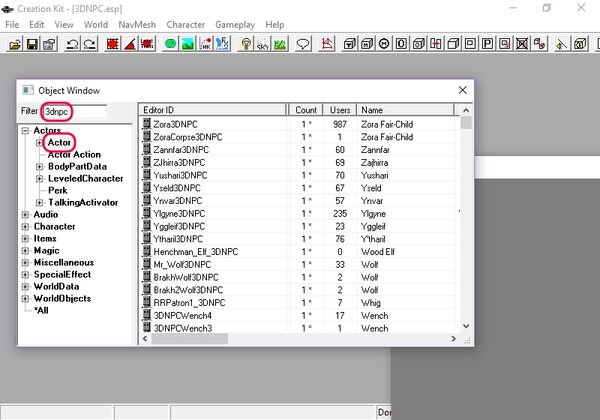 This guide only covers the basic info of NPCs while there's a lot of information that can be taken from the Creation Kit if explored.